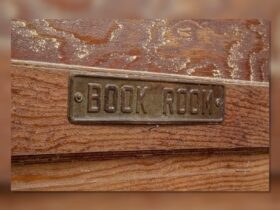 Bartlett, Texas, sits in a precarious position on the county lines of Williamson and Bell Counties. To some, this is interesting as you can walk down Clark street and, in some cases, have your left foot in Williamson County and your right foot in Bell County. Two counties in the middle of one town make for a challenge regarding taxes today but think back to the days of Prohibition in the early 1900s. One’s left foot could be in a dry county, while the right foot could be in a wet county. How would the Sheriff proceed if one was holding moonshine? I suppose it would depend on which hand was carrying the contraband!

Before Prohibition, some buildings in Bartlett were located directly over the county line. Shop owners would simply move their bar from the front of the building (dry county) to the back (wet county). It was a perfectly legal practice as it technically remained within the law. As the counties began to change regulations and laws, Bartlett kept up by having ‘Prohibition Carts’ in their businesses. These would allow the proprietor of the business to serve alcohol from a wheeled cart, and if the lawman entered the building, they could wheel the cart over the line and be legal! Some say that these Prohibition Carts were used outside and could be wheeled across the street to capture business in the dry county and quickly wheeled back across to the wet side of the road if the vendor heard the deputy approach. It seemed risky, but desperate times called for desperate measures!

During World War I, Bartlett was the first town south of the Red River where folks could obtain liquor. That made Bartlett a very popular destination along the train line! Shortly after the end of WW I, the ‘Volstead Act’ was passed and brought a screeching halt to all liquor sales. Rumor has it that moonshine was made in Bartlett, and there was a Speakeasy on Evie St, but much of this remains a secret, and no evidence of such can be found.