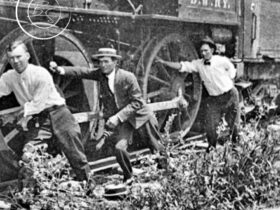 As Bartlett grows and expands, the question on the table continues to be: “Is a Hotel Tax Right for Bartlett?”  Bartlett doesn’t currently have hotels, but there are two Guest Houses in town that can each accommodate one family at a time. The two operating Guest Houses in town are in the Bartlett National Bank and The Bartlett Church.  It may seem only right and fair that those Guest Houses (hotel rooms) generate tax revenue for Bartlett. But–not so fast!  Did you know that hotel taxes don’t get added to the general fund for the city to use as it pleases?  The city cannot use hotel tax revenue to repair streets, improve the pool, or even improve the parks for the children to play. Under Texas law, local hotel occupancy tax revenue can only be used to promote tourism and the hotel industry or for events that result in visitors or attendees staying overnight to generate more hotel and occupancy tax revenue.

With the limitations that Texas State Law has imposed on the use of tax revenue and the required reporting to the Secretary of State on how the funds were spent, the city would need additional administrative resources.  The administration costs to collect and manage the small funds from the tax revenue of two overnight rooms would most likely outweigh the taxation benefits.

If you are wondering just how much money the city earns from one overnight stay, I will break it down. Let’s consider one of the two guest houses currently operating in town today.  The room at Bartlett National Bank rents for $189 a night and is booked for about 15 nights a month. Hotel Tax in Texas is 6% (.06 cents for every dollar earned). Take $189/night x 15 nights = $2,835 | 6% of $2,835= $170.10 of tax revenue per month. Since there are two guest houses in town, some months could generate double that number and be closer to $340 in tax revenue a month.

Remember that the city can only spend that revenue in nine specific ways to promote events and tourism and generate more overnight stays. The nine ways that a City or Municipality can spend Hotel Tax are as follows:

1 – Funding the establishment of a convention center

4 – Paying expenditures that promote the arts

7 – Funding the enhancement of sports facilities for certain municipalities

Items 4, 5, and 9 relate to Bartlett and could genuinely be used here in town!  No one would complain about bringing the Arts to town or having added funds for historic preservation and signage.  However, before spending the estimated $340 a month from tax revenue on the actual Arts, historic preservation, and signage, the city would have to pay for the administration of collecting the taxes and producing the monthly reports to the State Comptroller.

I think it’s safe to say that Bartlett would be in the negative once an administrator was paid to manage the taxes. The estimated $340 a month isn’t guaranteed and won’t go far in producing a salary, even at only a few hours each month.  There would not be enough revenue leftover, if any at all, to preserve a brick, install a statue, or construct a single sign. It just doesn’t make sense for a city that has only two Guest Houses to collect and manage such a small amount of money with so many limitations and restrictions placed on it.

However, it does make sense for Bartlett to keep an eye on future Short-Term Rental opportunities that may pop up or plans for an actual hotel with more overnight accommodations. Once more hotel rooms or other venues are available to offer higher tax revenue, the hotel tax system might make more sense for Bartlett. Progress is undoubtedly coming, and with that progress will come much more opportunity for broader taxation. Until then, though, maybe a hotel tax just isn’t suitable for Bartlett right now, but it’s a good thing to know about and to understand for the future.