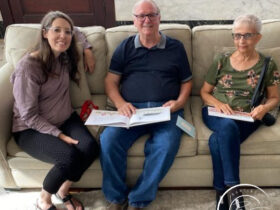 The Humble Keeper Of Bartlett’s History

The old Bartlett Florence Railway fell to foreclosure in 1911, and a new rail line was chartered in Bartlett, Texas that same year.  The new line was called the Bartlett Western Railway. The Western Railway was formed with high hopes for Bartlett and the surrounding towns that produced cotton. Cotton was easily transported and distributed via train lines during this time, and it was easy to see why investing in a train would be so appealing.

The Bartlett Western acquired 11 additional miles of track and completed its line to Florence within its first year of operation.  There were four stops along the way between Bartlett and Florence.  These were not public stations, however. They were regular stops for farmers to load their cotton and produce for Market or catch a ride into the next town.  Each stop was named after a gospel written by Ida Cronin, daughter of Thomas Cronin. They were called St. Mathew (Schwertner), St. Mark (Jarrell), St. Luke (Atkinson community), and St. John (Armstrong community on Salado Creek).  Ida even hung framed verses from the corresponding gospel at each stop for the passengers to read.  Sadly, in an ironic twist, Ida Cronin died in an accident exiting a train in 1925.

The line was initially referred to as “The Four Gospels,” but locals gave it a few other nicknames as the years of operation went on. After multiple years of torrential rain during the early 1920s, the weather often washed out the Bartlett Western line. Passengers would have to push the train up the grade between Bartlett and Jarrell to finish their journey.  These passengers would refer to the BW line as the “Better Walk” instead of the Bartlett Western.  The rail line would also jump the tracks, which led to it being called the “Bullfrog” line!

Despite being called names, The Cronin family worked diligently to improve the line and make it a success during their presidency of the line.  They enhanced the bridges and even carried sand to sprinkle on the tracks for added traction when carrying heavy loads.  They added flat cars to carry large bales of cotton and improved passenger cars for a better traveling experience.  Marie Cronin was known to ride the rails to address every detail.

In the early 1900s, the rail line was at the height of its operations. The Bartlett Western had over 35 cars and netted over $33,000 in revenues, and saw several years of great success.  However, in its last year of operation, as cotton prices were dropping steadily due to the nuisance of the boll weevil, the BW rail saw only $6,908 in revenue, and the success of the line would soon come to an end. In 1936 the Bartlett Western office burned down, causing a catastrophic loss of records. On October 11 of that same year, Marie Cronin, the final president of the BW rail line, made the ultimate decision to abandon the 28-mile track and close the BW rail line for good.

It’s safe to say that the Cronin family enhanced life in Bartlett while operating the Bartlett Western Rail line.  The line brought passengers through Bartlett, enhanced business opportunities in town, and helped shape Bartlett as a pioneering town with visions toward the future