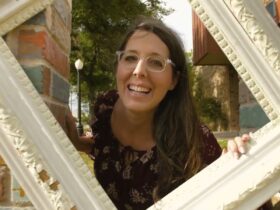 The Bartlett Colored School was started in 1909 with Professor G.B. Blackburn as the Principal. In 1909 the Bartlett Board of Education voted to build a new school for the white children because they were outgrowing their old building. The old school building was moved to a small lot in a different section of town when construction began on the new school.  Children attended class in that location until construction was finished. Once the large beautiful red brick school was complete, the small 6-room schoolhouse was repurposed.  It became the first and only school for African American children in the area.

In 1919 The Bartlett Colored School suffered a setback when a fire destroyed the building.  No one knows what started the fire, but it caused devastating damage to the little schoolhouse.  Undeterred, the community immediately contracted a carpenter to rebuild!  A new one-story structure consisting of four rooms was constructed with recycled lumber from nearby Army camps. The Bartlett Tribune newspaper reported that the building was “one of the best-colored school buildings in the country.”

By 1933 the Bartlett Colored School was struggling.  It was still unaccredited and only went up through tenth grade.  The two-frame building had inadequate heat from burning coal and very little natural light.  The small building sat on an un-graveled and unpaved campus and was often muddy and cold.  The vocational agriculture shop, which was the most beneficial program for students, was just a shed with a dirt floor.  Students would have to travel to Temple or Austin if they wanted to continue their studies past the tenth grade, and they had no transportation available to them.  Many of the students simply dropped out.

Principal Cooper retired in 1945 after 34 years of tireless work to improve academic advancement for colored students. John R Powell, Ph.D., replaced him.  That same year, the GoodeviIle School District from a neighboring town donated their old school building to Bartlett. Half of the building had to be sold to cover the expense of getting the facility to Bartlett.  The Bartlett Colored School campus received the remaining half of the building and turned into a more suitable vocational agriculture building.

In 1946, the county Board of Education began to search for someone willing to be a pioneer in education for colored children. Gentry L. Powell, Sr., and Marguerite Carter Powell visited the Bartlett Colored School on July 1, 1946. Principal John Powell invited the young couple in an effort to persuade them to take teaching positions. They were so deeply and compassionately moved by the existing conditions at the Bartlett Colored School that they immediately accepted the offer. Gentry and Marguerite Powell vowed to create a school system that would benefit colored children and enhance the entire community’s progress.

Before the school year started, the first rule of order was actually getting the children there. Gentry Powell visited the homes of families living in rural and remote areas. Places the town and the public school system had all but forgotten. Powell encouraged these parents to enroll their children in school. He promised that education would enable their children to have better opportunities and brighter futures. Powell commissioned a school bus with a driver for the students in the rural areas. On the first day of school in September 1946, that bus was filled to capacity with children ready to learn!

Gentry Powell served as principal, vocational agriculture teacher, and coach. Mrs. Powell taught upper-class students.  While they solved the issue of getting the children to school, most of them were still leaving at noon to work in the fields. The Powell’s pleaded with families to allow their children to remain in school for the entire day with the promise of giving them better lives through education.

Gentry Powell organized a football team in September 1946 and field and track the following spring. Most of the children at The Bartlett Colored School had never even seen a football before. Coach Powell visited students’ homes carrying the football and invited children to return to school so he could teach them how to play.  Many who had previously dropped out returned the following year to learn to play football.

By 1947 attendance had doubled! The school became an accredited 12-grade system. Many of the older students came back to complete their high school education.  With a strong curriculum and new sports programs, the school continued to flourish.  In May 1949, the Bartlett Colored School held its first Junior-Senior Prom and its first graduation ceremonies!

With over 160 children congregating in a 4-room building on a piece of land no larger than an ordinary house lot – they desperately needed more space.  The city passed a bond, and the Bartlett Colored School was moved to a new building with more space in the Fall of 1949.

For the next several years, enrollment continued to increase. Students from nearby communities transferred to Bartlett for the opportunity to learn, play sports, and be equal. The school gained success in all areas, including University interscholastic events, academic competitions, and music. And Coach Gentry Powell led his football and track teams to district and state championships.

Bartlett Colored School was renamed the Booker T. Washington School in 1957 in honor of the famed black educator. It remained an all-black school until 1966, when the Bartlett public school system integrated. The Powells moved with other dedicated teachers to the integrated Bartlett High School, where they continued as educators, mentors, and community leaders.

A town as old as Bartlett, Texas, has a unique and beautiful story filled with folks who made a significant mark in Texas history.  Professor Gentry Powell and his wife, Marguerite Carter Powell, are two such individuals!